I was reading through 《平台魅力与舞台诱惑》 (Platform Glamour and Stage Lure: The Actors in China’s Internet Communication, edited by Yang Boxu and Xu Hong, 2011) when I came across this curious formulation, synthesizing the two most feared phenomena that BBS and social media seem to inevitably give rise to: the extremization of political positions, and verbal violence (政治极化与语言暴力). 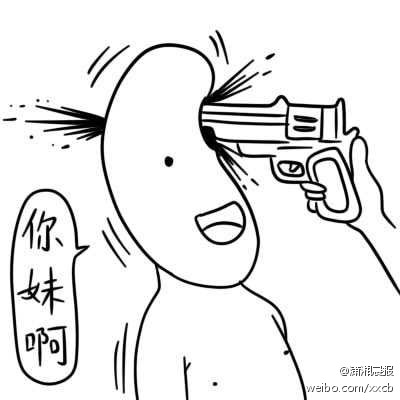 Given historical precedents, there’s nothing unexpected in Chinese academics cautioning against the politicization of public opinion, yet the recurring demonization of “irrationality” and its symptom – “verbal violence” – still strikes me, especially when it’s seemingly unaware of, or perhaps consciously unwilling to take account of, the media specificities of online interaction, by now well explored by the relevant literature. Moreover, this leads to a constant reiteration of the idea in public discourse, with the corresponding ironic responses (locally) and sensationalist press (abroad). 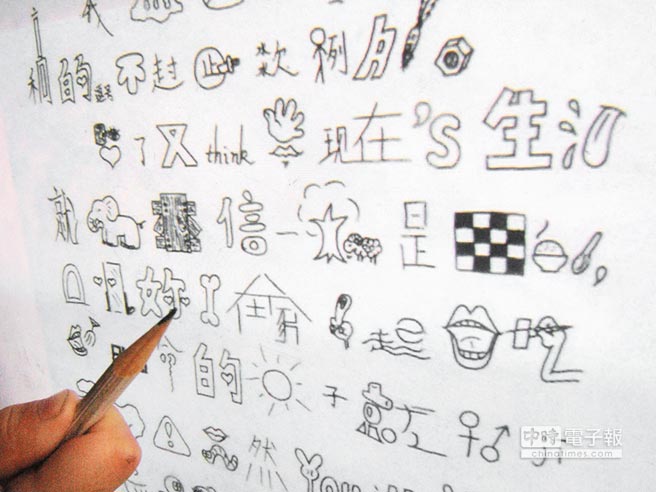 China Times’ illustration of 火星文 (Mars Script), a sort of Chinese leetspeak, which actually looks nothing like the picture

A couple of weeks ago, Taiwanese online newspaper Want Daily (旺報) reported about a Dahe.cn post authored by self-proclaimed “Internet celebrity” Du Hongchao (网路红人杜洪超, subsequently upgraded by English language press into a “Chinese academic”) complaining about the pervasiveness of sexually-charged online vernacular terms. In his words:

“From SB to Grass Mud Horse, from kubi to bige, from diaosi to diaozhatian, who has invented and disseminated this kind of Internet language? Let’s not use this coarse (cubi) vocabulary, ok?”

In Du Hongchao’s opinion, although some people might believe this to be an irrelevant matter, “language has the potential to infiltrate, and this kind of crisis should not be ignored” (语言有浸润作用，不该忽视这种危机). In support of his statements, Dahe.cn confirmed that their moderators have to filter and delete a large number of thread titles containing coarse wordage – like, again, Grass Mud Horse – on a daily basis.

On a closer inspection, this “incident” involving an authority-figure spewing quite trite arguments against, basically, the proliferation of f-words in online interaction, seems to be as hyped by the media as irrelevant it is deemed by Chinese digital media users. Although I couldn’t manage to track down the original post on Dahe.cn, the few mentions of it on Sina Weibo speak volumes:

As of September 8, the original post by Du Hongchao himself had 9 likes, 57 retweets and 44 comments, not exactly the numbers anybody would expect to find around a proper controversy. Moreover, most of the top comments are predictable carnivalesque offenses and ironic accusations of irrelevance, each with a few likes: 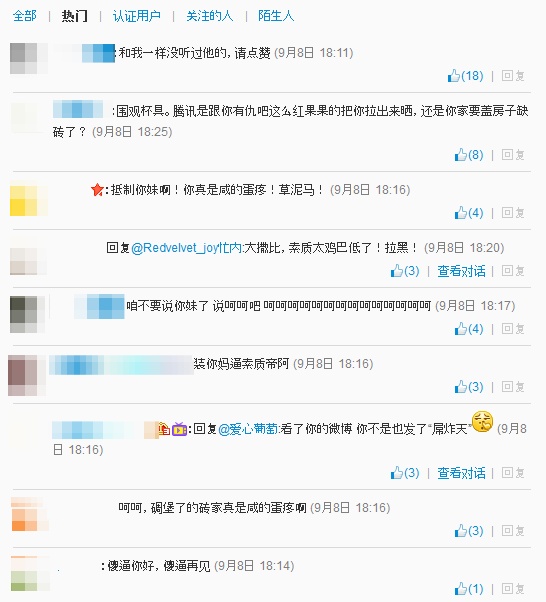 “Restrain my ass! You’re really a pain in the ass! Fuck your mom!”

Few other Weibo posts mention the article and comment it with ironic emphasis on the self-proclaimed celebrity of Du Hongchao: 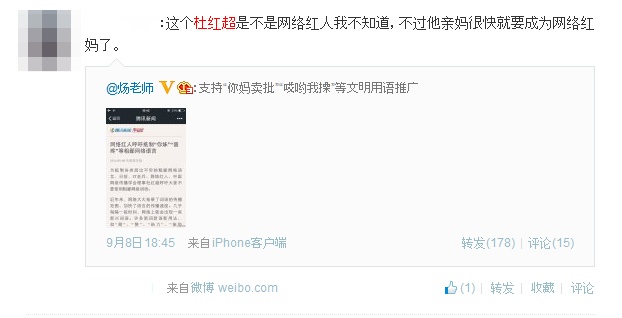 “I don’t know if this Du Hongchao is an Internet celebrity or not, but his mother is going to become a Internet celeb-mom real fast”

In short, infotainment media – in its original reporting from Taiwan’s Want Daily and the cascading reposts by english language China watchers – seem to have fairly overstated the size of the Du Hongchao incident, and for understandable reasons: the “Chinese-academic-wants-to-curb-vulgarity” headline is a great click-bait, and rests conveniently upon the widely popular narrative of netizens vs. government that hovers around Mainland social media reporting.

Indeed, it was Mainland media that disseminated the piece of news in the first place, probably as part of a generalized effort in regulating and civilizing online (and offline) interactions. As China Youth Daily reports:

“recently, lots of new words appear in very short spans of time, and a few of them manage to make the news headlines, like meng, zan, geili, jiediqi, tucao and so on; but there are also a few that leave people baffled, like MM, dajiangyou, beiju and so on. Students not only use them all the time, but also write them down in essays, giving great headaches to elementary language teachers” 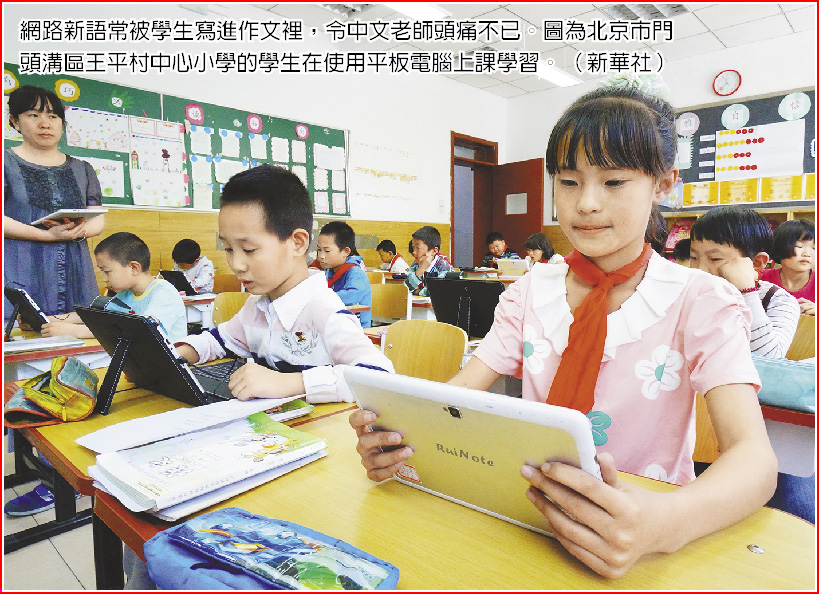 Yet, the actual “Du Hongchao incident” remains limited to a few retweets and the predictable dismissive insults normally ensuing from any plea not to indulge in vulgarities. Is this a sign that the Internet, in China as elsewhere, is a bakhtinian carnival safeguarding its own vernacular vocabulary from the intrusions of officialdom? Is the defense of debasing insults via more debasement a coherent strategy of  resistance, or the mere affirmation that vernacular terms are here to stay, and that the practice of calling somebody’s sister in cause is not the most urgent social issue to confront?

Infotainment and opinion-making definitely play a part here, along with the fragmentation of carnival in personal media feeds, issue publics, and ephemeral pieces of news. Yet the official line should not be entirely ignored, especially in times in which governmental provisions and Party guidelines emphasize the push towards an adaptation of classical Marxist media theory to the relatively self-regulating spheres of digital media. The flat-ontology model envisioned by the Dean of Tsinghua’s School of Journalism and Communication Li Xiguang, in which “propaganda activists” would ideally go back to the grassroots level of digital media users and do ideological work right on the flows of user-generated content, puts the tentative and overhyped stunts à la Du Hongchao in another light:

“Using the great ship of the new media to take to the seas, the propaganda workers of the Party can take their propaganda work among the masses to the mobile community of the me-media. Through the mass line, the Party’s policies and political line will be understood and accepted by the masses”

The highly idealistic goal of this kind of flattened media culture, already practiced by Mao and Trotsky with mixed results, would be, quite honestly put by Li Xiguang himself, to build “a news and propaganda discourse system” (新闻宣传话语体系) that would “accurately, fluently and concisely transmit socialism with Chinese characteristics.” 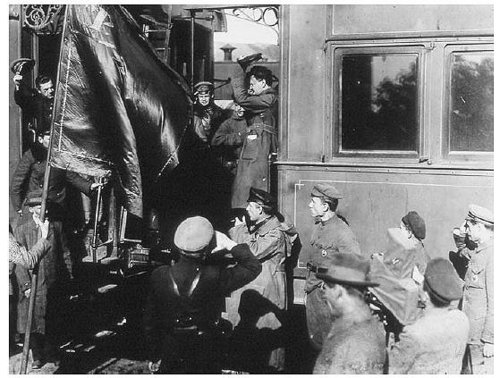 On more practical grounds, this could be seen as the ideological background of policies and regulations such as the recent anti-vulgarity drive on WeChat promoted by the SIIO, “now clearly the lead Internet regulatory body in China” according to Bill Bishop. Although never explicitly linked to vernacular terms, the breadth of causes of concerns for the State Internet Information Office seems wide enough to fit whatever needed:

“Cyberspace cannot become a space full of disorder and hostility,” Jiang [Jun] said. “No country in the world allows dissemination of information of rumors, violence, cheating, sex and terrorism.”

Besides the obvious observation that actually most countries in the world do allow the dissemination of information, rumors, violence, cheating, and sex, it is clear how the SIIO claims represent the practical attempts at establishing an infrastructure of regulation to act upon when further flattening of the media system is needed.

It is not difficult to expand and reshuffle the bakhtinian carnival-officialdom dualism along the lines of Antley‘s augmented reality versus textual realism:

“Augmented reality holds that dualist conceptions obscure the workings of social interaction and power through false separation of reality into dual spheres, i.e. cyberspace and real life, when in fact there is only one reality amongst which both the digital and physical inter-operate” (2012:1038)

Antley draws on exclusively pre-digital examples of “subjects in the Russian empire protesting the intrusion of textual dualist assertions through the augmented reality discourses” such as rumors and refrains. “Constructs that allow modification, such as folktales or rumors”, argues Antley, “possess ‘high mobility’ attributes that give its content and delivery great mutability between users and/or transmitters” (1039). This “high mobility”, accelerated by the synchronous nature of much digital media dissemination, seems to be the great leveler of postdigital times, shortening the long tail of media incidents into a forgettable afterglow lost in the quick turnover of infotainment. 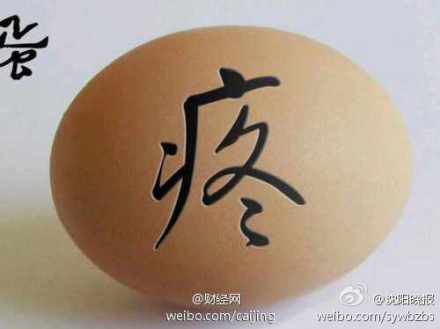 How does this relate to the cubi language decried by Du Hongchao and thrown back at him by many of his readers? Chinese academics explain that “the abuse of extreme or offensive wordage is a phenomenon of the mob of the Internet”, and that “the definition of coarse vocabulary is purposely broad to include not just crude words but other insult, words of malicious attack and extreme sarcasm”. For this reason, they continue, “we should also make our efforts to regulate and guide people in expressing their emotions in Internet, in particular to educate the young students”, for example, by “actively join discussions in online forums and adopt more rational opinion to balance and guide irrational emotions.”

Coherently with the theoretical assumptions and practical goals of a decidedly Marxist media theory, the discursive loop keeps running back and forth from not-so-veiled references to violent mobs during revolutionary times, the equation of sarcasm with abusive language, and the necessity of educating the young to rational opinions rather than irrational emotions. It’s not surprising to realize that it was precisely the popularization of a vernacular language that helped the CCP settle into power. As Rana Mitter observes: 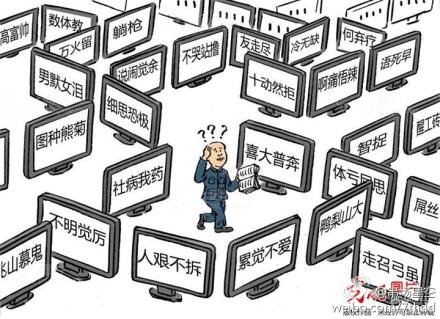